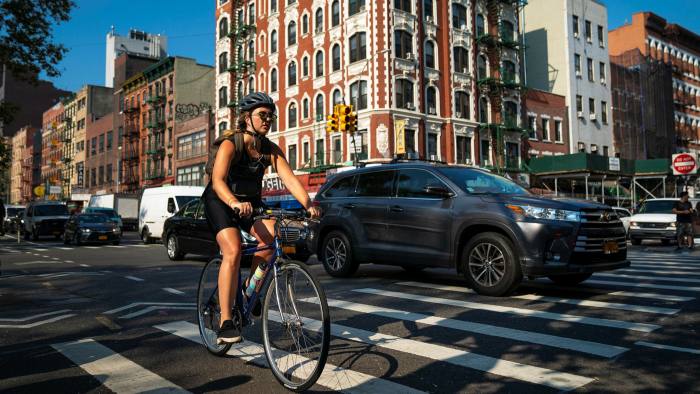 What would a city designed by women look like?

Women occupy only 10% of senior jobs at the world’s leading architecture firms.

How would greater representation for women in urban planning change cities for the better? The consensus among women in the sector is that female-led urban planning could address some of the historical sexism built into cities, and because women know what it is like to be excluded by cities’ designs - their approach to urban planning would be more inclusive.

Research indicates that safe, quality affordable housing is one of the most powerful social determinants of health. Now, public health is threatened by COVID-19. And in the recession that is sure to follow, private equity firms are likely to purchase distressed real estate assets increasing rents and deepening inequities

Will SoHo be the site of New York City’s next battle over development?

Mayor Bill de Blasio announced on Wednesday that he wants to rezone upscale SoHo to allow for more residential buildings in Lower Manhattan, a move that the administration says could create 800 new affordable units there.

As the city is being reshaped by the pandemic, the plans for SoHo could signal a turning point in how the city approaches development, and could mean wealthy neighborhoods are no longer off limits. Rezoning the neighborhood known for its chic stores, art galleries, cobblestone streets and multimillion-dollar lofts is also emerging as a major theme of NYC's 2021 mayoral race.

Common names Alicia Glen to board

Fresh off a $50 million funding round, co-living startup Common has named former New York City housing czar Alicia Glen to its board of directors.

Common, an early evangelist of shared housing for millennials, seeks to increase its footprint in affordable and workforce housing. Alicia Glen and her deep public policy experience will serve Common well in their expanding work with local governments.

“In a traditional design process, whether it’s modular, prefabricated, or traditional construction, an architect designs something and then everyone has to figure out how they’re going to make it,” says architect Chris Sharples. This makes projects expensive, time-consuming, and sometimes nearly impossible to actually get built.

Chris and his architect brother and twin, Bill, have launched Assembly, a company with a manufacturing-based approach to the design and development of high-rise apartment buildings. Their goal: streamlining development to be as efficient as building an airplane.