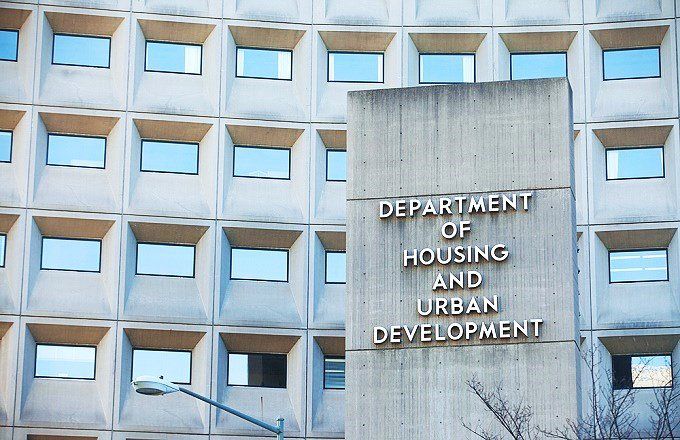 In this blog, we’ll discuss the history of government-sponsored affordable housing programs, our progress, and the work that still needs to be done.
Affordable Housing
June 7, 2022

In the wake of the pandemic and with growing fears of an impending recession, concerns about access to affordable housing are growing. Because affordable housing is such a complex, multi-faceted subject, advocates are often met with red tape when trying to ensure that people in need can access affordable, comfortable housing.

To circumvent the lack of affordable housing, federal government involvement has created programs and policies to provide security for those in need. But— as with any government initiative— we will have a long way to go. In this blog, we’ll discuss the history of government-sponsored affordable housing programs, our progress, and the work that still needs to be done.

The history of affordable public housing in the United States primarily began in the 1930s in response to an increase in housing insecurity during the Great Depression; in 1934, the National Housing Act was passed as part of President Franklin D. Roosevelt’s New Deal programs. From this came the Federal Housing Administration (FHA) “to encourage improvements in housing standards and conditions."

Further progress was made in 1944 when President Roosevelt signed the Serviceman’s Readjustment Act— also known as the G.I. Bill— into law, which created programs to support World War II veterans. These programs guaranteed low-cost mortgages and low-interest homes to over 2 million veterans. However, this aid was deliberately denied to black veterans under Jim Crow laws.

The 1950s saw a significant post-war boom. Because of America’s thriving economy, there was an increase in home ownership and workforce productivity. To keep up with the rising demand for homes and capitalize on the country’s growth, the Federal Highway Act was passed. The bill authorized the building of the 41,000-mile Interstate Highway System, designed to connect cities across the country and make it easier for people to commute from the suburbs. However, this further segregated disenfranchised communities and displaced thousands by bulldozing over lower-income neighborhoods to complete construction.

In 1968, President Lyndon B. Johnson signed the Civil Rights Act just one week following the assassination of Dr. Martin Luther King. Through this, the FHA protected citizens from discrimination when buying or renting a home and offered special provisions for those seeking federally-assisted housing.

The next major milestone in public housing efforts was the addition of the Section 8 amendment to the Housing Act. This created the Section 8 program that we still have today, providing federal vouchers to low-income families looking to rent from a private landlord. Households are able to pay roughly 30% of their income in rent, and the rest is covered by the voucher. And while this program can help people on the verge of homelessness, it can take years to get approval to get this assistance. Access is also limited because many landlords don’t accept the Section 8 vouchers.

In 1999, public housing was set back by the Faircloth Amendment, which capped the number of public housing units available and halted further construction. Because affordable housing waitlists are already so long, this makes accommodations even more inaccessible to those in need. In 2021, The Rental Assistance Act created a shift in previous affordable housing policy, subsidized through mixed-finance housing to keep up with the increased demand for affordable housing. This reliance on private investment does help meet the financial need but may limit accountability as private investors are not held under the same scrutiny as federal agencies.

Public and affordable housing are often used interchangeably, but there are some key differences. Public housing is publicly owned properties funded through congressional appropriations, cities, and states. 100% of units on these properties are permanently affordable to all low-income households.

The Future of Affordable Housing

In our eight-decade history of affordable housing, we still have not found a way to provide everyone with safe and affordable housing. Now more than ever, Americans are dependent on these agencies to maintain a decent standard of living for their families, especially as rising rent prices and stagnant wages make it difficult for lower and middle-class Americans to rent homes.

LATEST ARTICLES
Local Tools to Address Housing Affordability 2022 (NLC report) - summary
Key takeaways from the 2022 report by the National League of Cities, on how local governments can adopt various tools to address housing affordability.
Affordable Housing
Sep 13, 2022
(Part 2) Government funding of affordable housing: Distribution of funds
In the second installment of our series on government funding of affordable housing, we talk about the financing institutions that manage and distribute the funds, their background, and how they operate.
Affordable Housing
Aug 22, 2022
Gap Report 2022: A shortage of affordable rental homes (summary)
Key takeaways on affordable rental housing shortage from 'The Gap' report (2022), published by the National Low Income Housing Coalition.
Affordable Housing
Aug 11, 2022
All articles