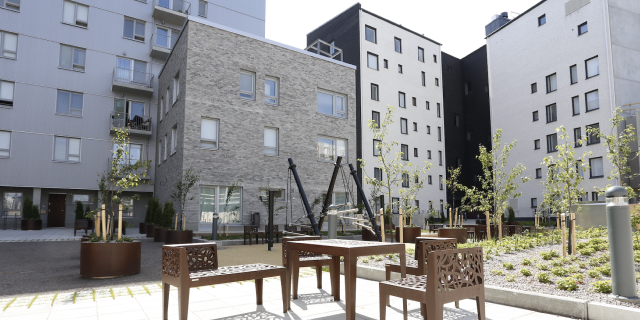 Innovative housing solutions around the world

Social housing programs in Austria, Finland, Norway, and the UK
The combined problems of rising housing costs, diminishing home ownership, and homelessness are not unique to the United States. In this blog post, we look at and compare different government initiatives on social housing in the UK, Austria, Finland, and Norway.
July 5, 2022

The housing crisis is a situation not unique to the United States. All over the globe, countries have and continue to struggle with providing adequate and affordable housing to their citizens. In this blog, we’ll look at how other countries are trying to solve the combined problems of rising housing costs, diminishing home ownership, and homelessness through a common effort by financing institutions, the government, and NGOs.

In London, the cost of buying a home has significantly increased, more so than wages, leaving many unable to afford housing. The city fought to change this with a number of policies including Help to Buy, Shared Ownership, First Dibs, and the Decent Homes Standard.

In 2000, London officials created the Decent Homes Standard, and all local councils were required to meet this standard by 2010. This law required all homes to be in a reasonable state of repair, have reasonably modern facilities, provide thermal comfort, and be free from hazards that fall under the Housing Health and Safety Rating System.

Various options and resources were given to residents and local councils to help meet this standard, but unfortunately, the 2010 goal was not met, and as of now only 1 in 5 homes meet all the requirements. Nonetheless, the creation of the standard itself made a mark in how London’s housing authorities function.

London also offers an option for buyers to purchase a home with a 5% deposit and an interest-free loan of up to 40% of the value of most new homes. This scheme, known as Help to Buy, is for first-time homebuyers and must be their main residence. The percentage of the purchase price available to borrow depends on where you live in England. For the most part, it’s around 20%, but major cities like London allow you to borrow up to 40%.

Shared Ownership, also known as 'part-buy, part-rent,' is used as a stepping stone to make homeownership more accessible for first-time homebuyers. This scheme allows buyers to purchase a share of their home—usually between 25% and 75%. Depending on their percentage of ownership, homeowners pay a mortgage on their share and a regulated rent for the remainder.

This scheme ensures that Londoners have first access to low-cost housing in the city. To achieve this, developers and/or housing associations agree to restrict the marketing and sales of certain affordable housing units to outsiders and instead give citizens and residents of London access first.

The Austrian capital of Vienna consistently ranks high in terms of quality of living. Why? Some say it’s because nearly 3 out of 5 residents live in social housing. While social housing often has a bad reputation in the US, mostly stemming from the past, in Vienna, this type of housing is not only livable but extremely desirable, without the social stigma associated with them. The units are well-maintained, rent-stabilized, and are located within easy access to local schools, transit, and other amenities.

Interestingly, they are available to higher-income residents as well. In fact, you can earn twice the average salary and still qualify to live in social housing! The city owns up to 1,800 affordable housing units, and these complexes are funded by 1% of every Austrian’s paycheck, which equates to around $300M a year.

Those with higher incomes pay higher rent to subsidize cheaper rents for those with lower incomes. Because the government ensures there are new units of social housing built each year, rents typically don’t fluctuate either, making rent stable and predictable for all residents.

Finland introduced its “Housing First” policy in 2008, entitling everyone in the country to a small apartment, regardless of their income or health status. Since its implementation, Finland has built over 4,600 homes and they are the only country in Europe where homelessness has actually declined in the past 20 years.

Finland’s approach is unique for many reasons. First of all, they are aiming at long-term solutions. Instead of communal shelters for the homeless population, they established a system to provide stable, secure, individual dwelling units. These are often in small apartment complexes, or even remodeled former shelters. Secondly, sobriety is not a requirement to be allocated a unit. Instead, community services and rehab programs are offered only after the person in need is securely housed. With this sense of stability, people with drug abuse and alcohol problems are better able and more committed to participating in these programs. In general, social support combined with the security of having a place to live encourages independence and provides a real chance of reintegrating into society.

The Finnish model came into existence through the close collaboration between politicians and NGOs. They devised it together based on the understanding that it is not only beneficial to society at large but is also economically sound as the actual costs of a well-structured supportive housing program is less than having to pay for emergency healthcare services, police dispatches, and the maintenance of temporary shelters that don’t provide a real solution.

In Norway, the Housing Allowance program, administered by the Norwegian State Housing Bank, helps those with low incomes and high living expenses to live in secure, adequate housing. The amount of housing allowance is determined by household income and current living expenses.

In 2022, the Norwegian parliament announced that it would increase the budget for this program, meaning more people will receive these subsidies, and those who already receive it may be eligible to receive more. 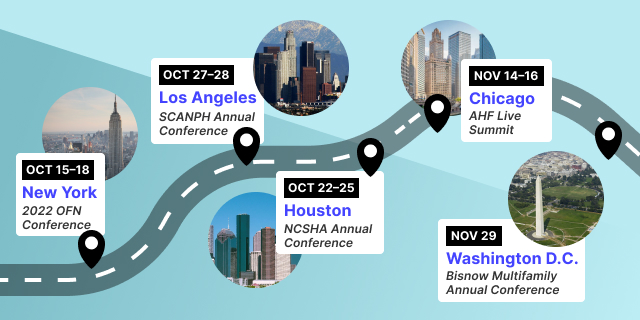